AN OVERVIEW OF THE DIFFERENT DIAGRAMS

For writing task 1 you need to describe one or more diagrams which could be a:

Although different diagrams are presented in these tasks, all of them require you to follow the same instruction: summarise the information by selecting and reporting the main features, and make comparisons where relevant.

So, when faced with sometimes a lot of detail in your diagram or diagrams, you need to be able to

These three functions are very important in university academic writing, so if you can perform these well, it will show the examiner you are ready to study at a university and have excellent writing skills, which are transferable to other environments, such as writing reports in a work environment.

In addition to following the writing instructions, it is extremely important to look at the diagram/s carefully before starting to write, so that you can describe them clearly and accurately.  So you will need to check out the title, the type of diagram, the time scale, the different categories being compared and whether the information is given in numbers or percentages if it is a chart.  You will also need to identify important features and the general overall trend, if there is one, in order to provide a summary.  The time used on doing this will help you to achieve a high score as you will avoid factual inaccuracies.

Finally, it is also important to know a range of comparative language, to include connectors such as whereas, although, however, similarly, as well as comparisons with adjectives such as greater than, less than.

This is often the first task students are given to do on an IELTS course, as the same kind of language is required for all line graphs, as they all show changes over time.  Hence, verbs which describe increase, such as rise, soar, grow, and verbs which describe decrease, such as fall, drop and plungecan be used to avoid repetition.  In addition, adverbs can be used to describe small or large changes such as gradually and dramatically.

The line graph below focuses on comparing the different proportions of the population aged 65 and over in three different countries, from 1940 until 2040, and very clearly demonstrates changes over time.  It is very important to be careful when you are using tenses in these graphs.  Notice in the example below that the end date is 2040, so this will require the language of prediction, such as is forecast to, is expected to, will probably.  Also, notice that the numbers are in percentages, so you will need to make that clear too.

The focus of a bar chart is on comparison, although it, too, may include changes over time.  Notice in the bar chart below, that, although the content is similar to the line graph above,  the focus of the chart is the comparisons between the different countries in the UK and the UK overall, so here you will need to focus on using the language of comparison to describe differences between the proportions of elderly people in these five regions when comparing just two different years.

In the bar chart below, there is a lot of detail from which you will need to select the most important features, describing both increases and decreases over time, and focusing on the differences between the types of phone calls used.  Notice that the figures are in billions of minutes and that all the tenses should be past simple, as it describes a specific period in the past.

Pie charts do not normally come alone, but with other pie charts or diagrams.  They demonstrate proportions and, again, require lots of comparisons to be made.  In the diagram below, it is clear that there is no real pattern in increases and decreases, so the focus will be on comparing, such as the greatest proportion of the total school budget was spent on teacher’s salaries in these three years.

Tables present a lot of information, and this time the numbers are precise and exact.  There is a lot to compare in the tables below, so select carefully.  It does not matter which figures you select, that is your choice.

This is a very different kind of diagram, but, again, requires you to focus on summarising, selecting and comparing.  There are two types of process, a natural process,such as the life cycle of an insect, or the rain cycle, and a manufacturing process such as the production of chocolate.  Sometimes the task includes both, as in the example below.  To describe a manufacturing process, it is important to use the passive, for example, the water is boiled.  For both tasks it is important to include sequencing words, such as subsequently, after this,finally.   Normally the present tense is used, as the process is one that happens now.

The final type of task is describing the changes over time in two maps.  Once again, summarising, selecting the main features and comparing are essential.  It is also important to look carefully at the diagram to notice dates and to think carefully how to categorise information, such as by location, or by other factors, such as housing or leisure facilities.

In the task below, you could describe changes according to location, such as the west of the island, the centre of the island, or according to facilities, such as accommodation, tourist activites.  Notice that there are no dates given, so you could use past simple for the before map,  and present simple or present perfect for the after map.  You could also extend your points to include purpose, such as pathways have been constructed/were constructed for tourists to walk from their accommodation to the beach.

To sum up, I hope this overview has made the different types of diagram used in writing task 1 clearer to you.  The most important thing to remember is that all the tasks require you to summarise, select and make comparisons, so it is very important to spend time looking carefully at the diagram before you start writing to choose what items you are going to write about, how you are going to organise this information into paragraphs, how you are going to provide a summary, and how to demonstrate your familiarity and accuracy in using the language of comparison.  This will be explained further in a further article!

Next5 PART 1 IELTS SPEAKING TIPS YOU REALLY NEED TO KNOWNext 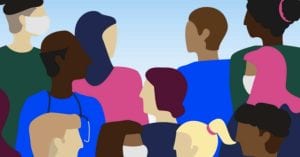 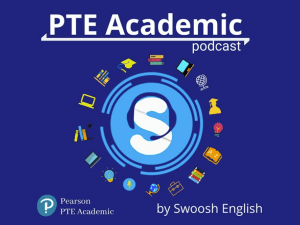