The focus of this article is on ways to express the following links:
• Concession & correcting
• Comparing / Contrasting
• Time clauses

Below are some of the common phrases used to express these three areas.

1. ‘Even though’ is just a more emphatic version of ‘although’. These are used to introduce a concessive clause.

2. Despite and in spite of do not introduce a concessive clause. They are followed by a noun or a verb+ing form.

3. ‘Still’ is often added to reinforce the concessive meaning.

• Despite working hard, she failed the exam.

• She worked hard. Even so, she failed the exam.

• The train was late. In spite of this, I still managed to get to the meeting on time.

• Regardless of the strong opposition, the Government went ahead with its controversial policy.

• There was strong opposition. Nevertheless, the Government still went ahead with its controversial policy.

These expressions introduce a statement which in some way corrects or qualifies the previous sentence.

• Many people believe that the world will not be able to feed itself in fifty years. Actually, there is no evidence to support such a claim.

• The survey was meant to find out people’s opinions on their local facilities. In fact, it only collected information about people’s spending habits.

1. ‘Instead’ indicate a replacement as well as a contrast.

3. ‘Conversely’ is mainly used to indicate a different way of regarding something.

4. You can use ‘compared to’ and ‘compared with’ interchangeably. But only ‘compared to’ can be used when you make an analogy, that is saying how one thing is like another thing. A good example is Shakespeare’s famous question:

“Shall I compare thee to a summer’s day?
Another example would be ‘The heart can be compared to a pump’

• He never studies. Instead he plays video games all day.

• On the one hand living in the country can be inconvenient because of the poor public transport. But on the other hand, you don’t have the problems connected with traffic congestion.

• Oxford is similar to Cambridge in being famous for its colleges.

• Oxford is famous for its colleges. Similarly, Cambridge is a world-famous university town

Expressions connecting sentences based on time can be divided into three groups.

1. Before the given time -reference

• The town was able to prepare for the hurricane. They had been told beforehand when it would strike.

• She was a little nervous at first. She had previously only performed in front of small audiences.

• Everyone was surprised at his high score. Up to then, he had never achieved more than a C grade.

2. Simultaneous with the given time reference

He has lived in Japan for many years. However, at present he is based in the UK.

The supermarkets were thinking of asking their suppliers to lower their prices. But, In the meantime, the farmers were planning to demonstrate against the supermarkets.

He worked as a shop assistant but that was not his only occupation. Concurrently he was studying for his law degree.

3. Subsequent to given time reference

• The business closed down last year. Afterwards the office building was turned into a restaurant.

• The proposal is first discussed by a team. Following this, it is sent to the Director.

In exercises, make coherent sentences by combining words and phrases from each of the columns. The exercises cover linking expressions from the previous article as well as this one.

I hope you now have a better idea of the wide range of linking expressions at your disposal. Using any task 2 essay topic, as in the exercises above try to create sentences using different connectors. Active practice like this helps you to become more familiar with the range of sentence patterns that can be used to express your meaning.

If you are serious about taking your IELTS writing to the next level. Sign up for your FREE 3 part IELTS writing video course that takes you through both task 1 and task 2. The video lessons are led by our highly experienced UK native IELTS teacher, Katherine. We also provide you with exercises to test your understanding!

• In order to reduce the risk of high speed collisions most countries impose speed limits om their motorways.

• Although most countries impose speed limits on their motorways, these limits are flouted by many drivers.

• Due to the risk of severe injury from high speed collisions, most countries impose speed limits on their motorways.

• In contrast to most countries, Germany does not have a speed limit on its motorways.

• Despite the risk of severe injury from high speed collisions, many drivers flout the speed limit.

• At present the speed limit on UK motorways is 70 mph, though the car industry is constantly lobbying for this to be raised or even removed.

• Before the introduction of speed limits, it was claimed there was an unacceptably high number of fatal collisions.

• Contrary to popular belief, the accident rate on motorways is much lower than it for accidents on minor road 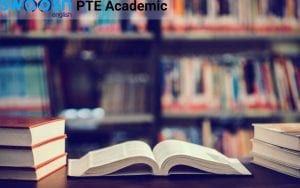 Let’s reflect on some questions to consider our readiness for this Guide to PTE Academic Reading/Writing: Fill in the Blanks. Do you read on a

The PTE Listening task Select Missing Word has a lot going on, including listening for gist and key words and putting your analysis all in