OET Writing: What To Check Before You Submit 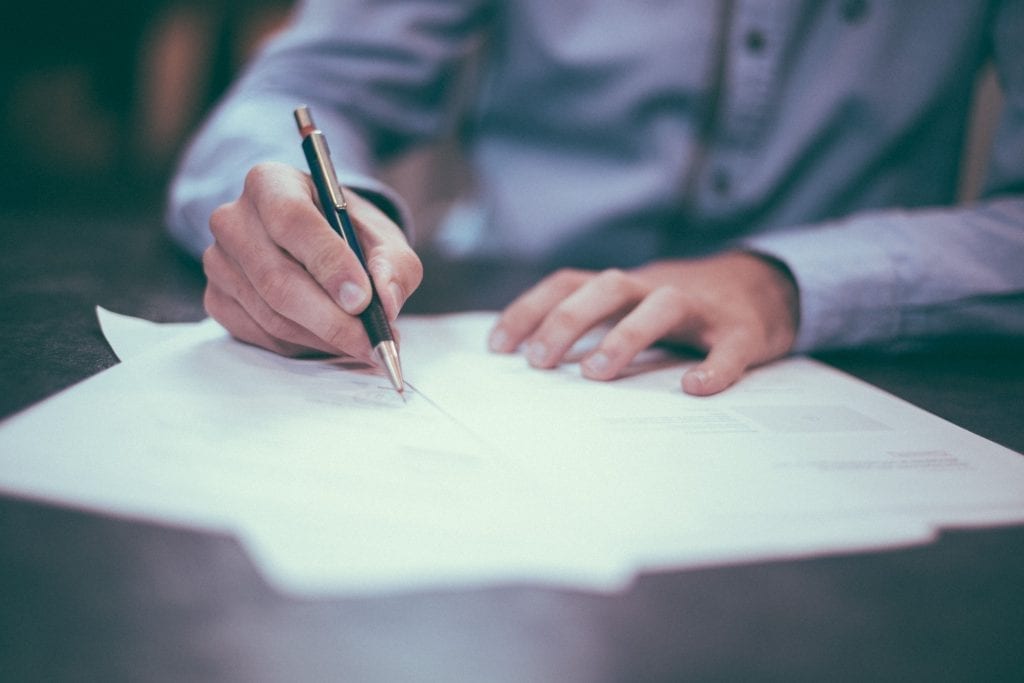 Writing is often seen as the most challenging skill. Especially when preparing for an examination of English.  There are many students who feel confident when it comes to speaking.
But struggle with elements that are writing specifically. Such as producing aspects of grammar, spelling, and using punctuation and paragraphing.
As preparation for their OET writing exam. Many students take advantage of the opportunities provided by organisations such as Swoosh English. They submit responses to mock OET test writing tasks to be corrected by a trained and experienced OET teacher.
Whilst this feedback is invaluable. Many students miss the opportunity to further develop their writing by self-evaluating their letters before submission.
They place too much responsibility on the teacher to correct their mistakes. And they do not spend enough time proof-reading to avoid unnecessary errors in the first place.
This is a significant missed opportunity as proof-reading. Checking your work carefully for mistakes before you submit it is a fundamental skill when it comes to writing successfully.
Think about it, you wouldn’t send an official email or letter in your own or any language without making sure that you had thoroughly checked it beforehand.  Neither should you send your mock OET writing submissions without paying similar attention to detail.  But how can one proofread effectively? Read on and I shall give some tips in this area.

How To Check Your Writing

One of the most obvious aspects you should be checking is whether you have reported the information from the case notes.

As an OET teacher, I have often seen students make basic errors. Such as referring to a patient as male when she is identified in the case notes as female. Or referring to a patient as Mrs when in the case notes it states she is Miss.
Other errors might be made in terms of certain dates that are contained in the case notes. Such as with medical history or the patient’s age. Or even, in some cases, the actual condition the patient is suffering from. If it states in the case notes that a patient has had issues with hypertension. Then you will encounter problems if you write about the patient’s hypotension.
All of these errors, or errors like these, have been made in OET writing test submissions. All of them could have been avoided if submissions had been read and checked carefully first.

In the modern day and age, with access to current technology. There is very little reason to make spelling errors in our writing.  Most programmes now involve a spell-checking feature which will alert us if we are making errors. So if you are writing your OET mock tasks on a computer. Make use of this feature and check any highlighted mistakes.
If you are writing your submissions by hand as you will have to do in the exam. I would still recommend that you type up your writing onto a laptop or computer afterwards to check for spelling.
Doing this will alert you to any problems. And you will have shown that you have been able to work independently to learn from your own mistakes.  Of course, a lot of the information you will be writing will come from the case notes. In this case there is even less justification for making spelling mistakes and, yet, I have seen them occur on many occasions.
For example, I have seen many different spellings of the phrase myocardial infarction, in written OET submissions, despite the fact that the correct spelling has been provided in the case notes.  In this case, careful checking will help to build good habits and avoid errors being made in future.

This area often causes difficulties for students. As there are many subtle factors which can influence how punctuation is used.  However, to simplify a little, a clear principle is that sentences shouldn’t be so long that they would be difficult to read out loud. And they shouldn’t be so short that they wouldn’t be able to be read without constant pausing.  For example, a sentence such as the following:
“The patient was admitted to the Accident and Emergency department due to displaying signs and symptoms related to hypotension. Which was determined by obtaining regular readings of her blood pressure…”
This is clearly a sentence which would be difficult to say out-loud without any pauses.  As a result, we need to think about where we could be adding some punctuation to make the sentence both easier to say. And most crucially, easier to read.  Conversely, sentences such as:
“The patient was admitted to the Accident and Emergency department.  She displayed signs and symptoms related to hypotension.  This was determined by obtaining regular blood pressure readings.”
It would involve a lot of unnatural pauses. And thus, clearly has overused punctuation, in this case full-stops.  Reading your writing out-loud is a great way to detect how well your letter flows. It is therefore, a great way to assess whether it has been punctuated effectively.

One of the common errors made in this area of the OET writing test is organising the letter in such a way where the most relevant information doesn’t occur until too late.  Some students take a chronological approach to their writing, starting with the patient’s history before moving on to focus on more recent health complaints.

This can be highly inappropriate, however.  For example, if a patient has been admitted to the Accident and Emergency department due to a drug-overdose, the first main body paragraph of the letter should not focus on the patient’s history of eczema as this is not directly relevant to the reason why the letter has been written.

Relevant medical history should, of course, be included in the letter but not necessarily as the first main paragraph.  Make sure that your letter is organised in such a way so that the most important information comes first.

Join one of our OET course packages (starting at just $49)in order to get high quality practice and feedback from one of our OET UK teachers by clicking here:

Have a look at this sentence again:

How could it be improved via use of punctuation?

What is the problem with the following sentences? How could they be improved?

She is a non-smoker. However, she is a social drinker. Please note that she is allergic to codeine.

Can you identify the spelling errors in the following sentence? Correct the mistakes you notice. Write the sentence into a spell-checker to review the spelling afterwards.

Two days latter,  she came to me with a seveer couf with thick yellow phlem. There were mild crakles at the posterior right lung base.

Now write a submission for your OET writing using a Swoosh English OET mock writing test. Before you submit make sure you proof-read what you have written. How many errors were you able to identify prior to submission?

The patient was admitted to the Accident and Emergency department due to displaying signs and symptoms related to hypotension. This was determined by obtaining regular readings of her blood pressure…
Over-use of full-stops. Possible improvement:

She is a non-smoker; however, she is a social drinker. Please also note that she is allergic to codeine.

Two days later, she came to me with a severe cough with thick yellow phlegm. There were mild crackles at the posterior right lung base.

PrevPreviousImprove Your Pronunciation in IELTS Speaking
NextStudying for the OET: Using audio-visual contentNext

How do you feel about reading academic texts in English? Are you skimming and scanning skills up to scratch? Moreover, are you able to utilize 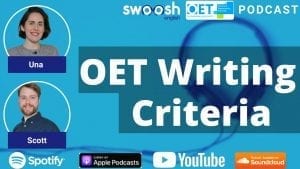 The OET Writing Criteria | Everything you need to know about the Assessment Descriptors! (OET Podcast Ep. #3) 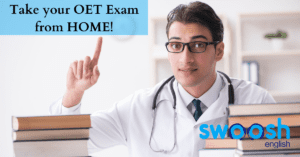 Breaking news: the OET has officially announced that an online version of the OET exam will be available very soon. This is great news for