I hope you are all busy preparing for your exam.

As you know, IELTS writing can be tough and what better way to improve than to study from other students’ answers as well as the corrections and feedback?!

See if you can improve upon this answer yourself!

The  graph shows statistics concerningcriminal incidents in Newport city centre,  from 2003 until 2012.

Robberies showed insignificant fluctuations , from 2003 until 2012 and they remained between 500 and  1000 incidents during that time. The year 2008 had the least  number of reported robberies.

As for the reported burglaries, the number of incidents increased from almost 3500  in 2003 to approximately 3800 in 2004, then demonstrated  a slow decrease year by year until 2008 when the number of reported incidents was around 1200. Starting from 2009 they increased to almost 1500 and kept constant at around this number until 2012.

Add a sentence at the end here to sum up and don’t forget to compare burglaries and car thefts and their respective positions as the most common and second most common types of crime.

Anca, this is a good essay, if a bit too long. I have omitted some unnecessary words and also changed your tenses from present to past. Since the time period being analysed was in the past, it is important that your verbs reflect that. With a few small adjustments, this is an excellent response. ~6

We have an exercise for you based on this essay question. Post your answers below and we will provide you with feedback.

Q: Choose one sentence in this essay and see if you can write a better sentence than this. Remember to use uncommon vocabulary, good grammar and punctuation. Good luck!

If this essay and feedback helped you, feel free to repay the love we have shown you by SHARING with other students and also by COMMENTING on it below

Pages to Check Out: 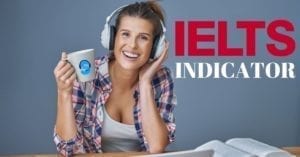 The IELTS Indicator Test: What it is and why it might be right for you

The IELTS Indicator During these uncertain times, it seems as if we are being forced to put our goals and futures on pause.  English exams 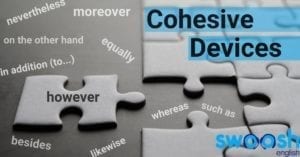 ► Sometimes less is more! This article will focus on giving advice and exercises to help you use cohesive devices correctly.  In the IELTS exam, to