The IELTS Band 7 descriptor states the need for candidates to show both a wide variety of structures but also accuracy in the use of these structures. A basic understanding of how to use past tense verb forms is assumed in this article but I think it is worthwhile to point out the following:

How To Use Verb Forms

I lived in Italy six years ago

I played tennis when I was a student.

‘Definite time’ refers to a specific time point or period which is either directly stated or implied by the context.

B: Did you have a good time there? (definite time = the weekend)

If I studied harder, I could get an A grade.

I wondered if you’d take me to the station.

The former sentence suggests that the reader has not finished the book, unlike the latter.

When he got to work, he had a meeting.

When he got to work, his colleagues were having a meeting.

The former describes a sequence, the latter indicates that he got to work during the meeting.

I was playing tennis yesterday afternoon.

This sentence tells us how the subject spent a certain period of the afternoon.

He shook his head v He was shaking his head

The former refers to a single shake of the head, while the latter indicates a repeated action.

The train arrived v The train was arriving

The former indicates that an action has finished, the latter is used to show the train was in the process of arriving.

I was feeling hungry

In Task 1, you will need to use past forms when the chart refers to specific time periods.

A) Indicating a rise or fall in level;

While the consumer price index showed a slow and steady increase from 1979 to 2009, the same cannot be said for the price of carbonated, or soft drinks

In contrast, there was a marked difference in the price of fresh fruits and vegetables, which rose dramatically  throughout this period

B) Indicating no change in level

Sales remained constant for the first half of the decade.

C) The past perfect is needed if you want to show change from one past time to another, usually with the use of ‘by’.

Comparing the two tables, it is clear that in 2010 Fairtrade tea sales ranged from 1.8-4 million euros in these five countries, while pineapple sales also mostly clustered between 1.6 and 3 million euros

The past tense verb can be used in task 2 essays in various ways:

a) To describe a past situation or event often in order to contrast with the current situation.

In the past, students had little opportunity to study abroad, unlike the present.

b) To give a real example, personal or general, to support a point

When I used to work in an office, I always found that the most tiring part of the day was the traveling, so I very much welcome the opportunity to work at home.

If we had better local transport facilities, it is likely that the number of private cars in city centres would significantly fall.

I believe that if we as voters pressured our governments to make multinational companies more responsible…, we could have the benefits of globalisation without its disadvantages.

Complete the sentences with the following pairs of words (one verb needs to be put in the passive form).

Correct the following if necessary.

The key words to remember for the simple past are ‘definite’ and ‘finished’, while for the progressive form they are  ‘temporary’. and ‘incomplete’.

If you are serious about taking your IELTS writing to the next level, sign up for your FREE 3 part IELTS writing video course that takes you through both task 1 and task 2. The video lessons are led by our highly experienced UK native IELTS teacher, Katherine. We also provide you with exercises to test your understanding in the past tense verb!

PrevPreviousOET Role Play For Nurses & Doctors: Do I Have To Do The Tasks In The Exact Order?
NextAnalysis of a Task 2 Academic IELTS Essay – Part 2Next

The series of articles in the coming weeks is designed to help candidates move from level 6 to level 7. Being able to move from 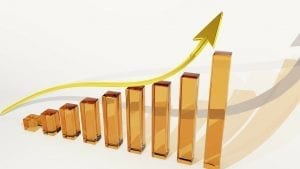 The aim of this week’s article is to show you the main verb and noun forms used for describing increases and decreases. This area of