IELTS Reading Tips: How To Answer True or False or Not given

This article will give advice and exercises to help you improve in the area of true/false/not given questions in IELTS. This is an area that most candidates and students find difficult, so don’t worry if you do. This article will talk you through different strategies, tips, and tricks. To show you exactly what, and what not, to do.

How To Answer Questions

The first question most people ask is ‘Is there any difference between the two question types?’
In terms of the text, the answer is Yes – they base True/False/Not Given questions in IELTS on the text, whereas Y/N/NG focuses on the author’s opinion. In terms of how you answer the question, then there is no difference at all. The strategies you use in one, you will use in the other.
But remember, read the question and see if you have to say Yes or True, No or False, or not given. Write True instead of yes and they will mark it wrong! In this task type, they will give you a list of facts. You then have to look at the text and decide if the facts given and true, false or not given. If the given fact is in the reading, it is True/Yes.
If the reading says the opposite of the fact, it is False or No. Then if you can find no information, Answer is Not Given. On the surface, this looks easy enough, but it causes real problems for candidates. Let me give you an example, taken from IELTS Express. The reading article is focussing on studying in different English Speaking countries.
The last paragraph is about studying in Canada and contains the lines: Studies conducted by the United Nations have found Canada to be among the top three places in the world to live in.
The True/False/Not Given IELTS questions statement says: Canada has the top three universities in the world. Most people will read the statement, locate the paragraph on Canada. Then they find the relevant sentence from the keywords in the statement and come to the conclusion that the question is false.
Since it is not in the top three universities. But the fact that it is one of the top three places to live in. Now here we can introduce a good strategy to help you with these questions. You need to change the statement to a question – Does Canada have the top three universities in the world? Can you definitely answer yes or no or do you just not know? Well here, we can’t answer the question about Canada having the top three universities. As there is no information, so the answer is not given. Let’s look at another example. Below is an extract about how music can affect us, as human beings.
Dr. Adrian North, a music psychologist at Leicester University. He surveyed Staffordshire teenagers last year about what kind of music they listen to and why. “The findings were almost too stereotypical to be true,” says Dr. North. “While the girls listen to influence their mood, boys use music as a way to impress their friends. Boys seem to like rock and rap because it shows how cool, trendy and macho they are. Boys use music as a badge of identity; it’s a way of telling people who you are.”
The Y/N/NG statement says: According to the survey carried out by Dr. North, girls don’t like rock or rap music. So here, most candidates will agree with the statement that the boys and not girls like rock music.
But actually, if you put the statement into a question: ‘Do girls like rock or rap music?’
We can’t answer because there is no information about what girls like or don’t like in the text. The other problem with these task types if they are deliberately written to be confusing! There are traps put in there, to make it difficult.
You need to be able to recognise these traps and not fall into them!
So let’s look at an example: Text: They did all that is necessary for the future of the project.
Statement: No stone was left unturned to protect the future project. Most candidates will match the keywords and find the paraphrased link between all that was necessary. And no stone was left unturned. They will see that there is mention of a future project and decide that the sentence is true. But this is a trap, as the statement refers to the future project and not the future of the project.
Text: What surprised the government was the rapidity of the reversal of fortunes.
Statement: The reversal of their fortunes shocked the government.
Again, candidates will see the synonym ‘shocked’ replacing ‘surprised.’
Then they’ll see the grammar link between ‘reversed’ and ‘reversal’. And then think that the statement agrees with the text. Again, this is a trap as it was not the reversal of fortunes that shocked the government. But it was the actual speed that was the surprising thing.
Finally, with these task types, there is another area to focus on. That is the identification of the keywords in the statement. However, in this task type, the keywords are not what you would usually identify as keywords in other questions. T/F/NG and Y/N/NG statement keywords are often those that can subtly change the meaning of the sentence.
PrevPreviousSwoosh English IELTS Student Essay: Task 2-8
NextThe New OET Writing Criteria: What Exactly Is Changing?Next 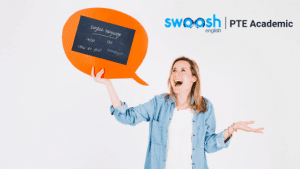 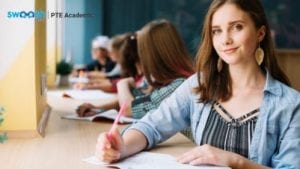 “Choose more than one answer? What does that mean? 1 answer, 2 answers?” and “Up to 300 words! How can I read that and choose multiple answers in 2 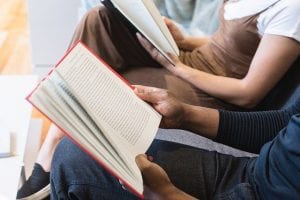 The Re-order Paragraphs task in the PTE Reading section is essentially testing your ability to understand the meaning conveyed in a short text. It is